Probiotics, not just for grownups!

There are as many good bacteria present in the children’s digestive tract, if not more (per relative area) than in adults. In some cases, such as premature birth, caesarean delivery, and inability to breastfeed, infants have fewer reserves1. During childhood, things can go wrong if our children are affected by changes in diet, are exposed to infections in day care and at school, undergo physical or emotional stress, if there is diarrhea and when antibiotics are taken2.

It Is All a Matter of Selecting the Strains

The virtues of probiotics depend on the type of bacteria they contain (a Bifidus does not offer the same benefits as a Lactobacillus or a Saccharomyces) and on the choice of species (for example, the Bifidobacterium breve versus Bifidobacterium longum), then finally on the bacterial strain (human, animal or vegetable source). To treat infantile diarrhea, whether or not related to gastroenteritis, Lactobacillus casei and rhamnosus have been found to be among the most effective bacterial species1, 3.

It Is Also the Dose That Makes the Potion!

To act adequately on «small» systems, there must be at least 2 billion bacteria per supplement1. Since fermented dairy products available in grocery stores do not include a wide range of bacterial strains and are of lower doses, they are not as effective as probiotics1, 2. Be cautious about giving probiotics to sick children with immunodeficiency, the reason being, of course, to do more good than harm…

There is reason to believe in the positive effects of probiotics in the prevention and the treatment of atopic eczema and also in the prevention of allergies in children at risk1. The irritable bowel syndrome (IBS) is affecting more and more children having their intestinal micro flora altered. Probiotics have been able to relieve and even resolve symptoms in a modest way1. Despite these encouraging results, more studies are needed to confirm the therapeutic impact of probiotics on these conditions and on other diseases2, 4. 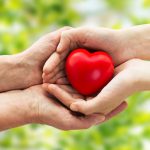 Next Story:
Probiotics : a matter of the Heart