You are curious about trying probiotics but are perplexed given the broad product offer on the market? You ought to pay attention to more than just the attractive packaging, and have a look at the ingredients to discover what strains of bacteria are being offered. There are probiotics with single or multiple strains, then others with multi-stem and multi-species.

Our body has a bacterial profile consisting of two distinct strains: human strains residing in the gastrointestinal tract (e.g. Lactobacillus acidophilus and Bifidobacterium bifidum) and transient strains passing through it (such as Lactobacillus casei and Streptococcus thermophilus). They both play a protective role against virulent bacteria and both have an immune function1. A good multi-strain probiotic acts as much in the small intestine with the Lactobacilli as in the colon with Bifidobacteria1.

A Combination of Good Bacteria

We know that each strain of bacteria has its own activity in the body. There is evidence to support that the mixture of strains provides a synergistic action and an arsenal of health benefits 1, 2. Studies show that complex probiotics such as Probaclac can reduce the severity of symptoms of respiratory infections, irritable bowel syndrome, diarrhea, helicobacter pylori infection and other diseases. Multi-strain probiotics stand out from the single versions, in demonstrating a greater efficiency and a better inhibition of pathogens such as Clostridium difficile, Escherichia coli and Salmonella thyphimurium3.

Identify among the following one of the two "species" of good bacteria that are well known.

Lactobacillus and Bifidobacteria are popular and recognized as being useful in maintaining gastrointestinal health in individuals of all ages. Thiobacillus correspond to certain bacteria involved in oxidizing sulfates, whereas Methanobacteria produce methane from carbonates.

True or False. The presence of different strains could interfere with their performance and cause competition between them.

Absolutely False, they work together to prevent the survival of pathogenic bacteria in the digestive system, so that their effects are cumulative. 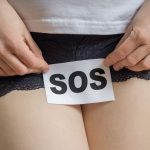 Previous Story:
BEING A WOMAN… THE UNFORTUNATE VAGINITIS PROBLEM 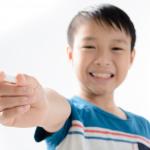 Next Story:
Probiotics, not just for grownups!