The World Health Organization (WHO) predicts that non-insulin-dependent type 2 diabetes will become the seventh leading cause of death in 20301. This overwhelming prediction is due to the fact that these diabetics have an increased risk of developing cardiovascular diseases, the leading cause of death in the world2. Other serious consequences of type 2 diabetes include high blood sugar, insulin resistance, increased levels of bad cholesterol in the blood, and impaired microbiota balance. Hyperglycemia and glycation of hemoglobin (red cells in the body) can cause tremendous stress on all organs in the body. There is an urgent need to identify preventative strategies and curative solutions before it is too late.

The development of type 2 diabetes is due to factors such as genetic predisposition, age, overweight or obesity, and poor lifestyle habits. Today we recognize the impact of the intestinal flora on our health and metabolism in general3. Disturbances in the composition of the digestive microbiota seem to contribute to the pathogenesis of insulin resistance, inflammation and obesity4. The microbiotic profile of adults with diabetes has been shown to be different from that of those spared from this chronic condition5. People affected by diabetes had a less prominent Bifidobacteria colonization, while the presence of Enterococci strains and Escherichia coli, better known as E.coli, was far superior5. In such dysbiosis, the production of harmful metabolites by deleterious bacteria and changes in the composition of bile acids leads to insulin resistance which is responsible for diabetes and other metabolic problems such as atherosclerosis and the obesity6.

How do microbiota and diabetes interact?

Further diversification of bacterial colonies in the gastrointestinal tract would allow normalization of blood glucose levels, regulation of insulin production and attenuation of systemic inflammation and maintaining the integrity of the intestinal epithelial barrier4. Supplementation with probiotics facilitates carbohydrate metabolism thanks to improved glucose tolerance and reduced blood sugar levels5. The operating mechanisms are supposedly the following: the increased secretion of glucagon-like peptide-1 molecule (GLP-1, an intestinal hormone facilitating digestion after meals) and the subsequent improvement of carbohydrate metabolism; reduction of toxicity or glycemic shock, and an  increased sensitivity to insulin3. Other ways to explain the probiotic action, are through anti-inflammatory, anti-oxidant, immunomodulatory and genetic effects (alteration of the expression of certain diabetic genes)3. Furthermore, the administration of probiotics obviously affects the intestinal flora, which in turn will protect the integrity of the intestinal mucosa and normalize the immune response in addition to enhancing insulin sensitivity3. Many studies address the ability of probiotics to produce short chain fatty acids (particularly butyrate in the colon) that promote the growth of valuable Lactobacilli and Bifidobacteria bacteria3.

That’s not all: the number of Bifidobacteria is inversely related to our fat mass and our tolerance to glucose2. Another argument in favor of probiotics, since cardiovascular diseases are a risk factor for diabetes; these beneficial bacteria play a preventive and therapeutic role in reducing total cholesterol and bad LDL cholesterol in the blood7. We need to provide people with a deeper knowledge of the metabolic syndrome, which is unfortunately very prevalent in North America and presents the warning signs of type 2 diabetes, cardiovascular disease and obesity. Once more, here’s another reminder of our interest to act before it is too late and make your health your ally!

True or false ? A diet rich in probiotics combined with an appropriate supplementation (with quality multi-strain formulas such as Probaclac products) reduces the risk of developing diabetes.

True! The daily menu should include yogurt, kefir, kombucha, sauerkraut, kimchi and other fermented vegetables. Delicious and advantageous!

True or false ? A 4-week probio-therapy will be enough to revamp the system and prevent the symptoms associated with the metabolic syndrome.

False! Probiotics can help improve carbohydrate metabolism, the impact being even more significant if the supplementation duration is more than 8 weeks and when several strains are consumed.

1Brunkwall, L et Orho-Melander M. The gut microbiome as a target for prevention and treatment of hyperglycaemia in type 2 diabetes: from current human evidence to future possibilities. Diabetologia. 2017 ; 60 (6) : 943-951. 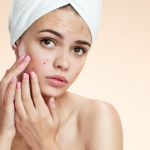 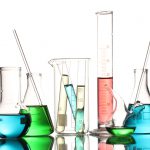 Next Story:
Where do probiotics come from?