7It is very likely that you know someone, whether it’s a relative of a friend of a friend, who suffers from autism spectrum disorder… There ha been an important growth of cases in the last decade: between 2005 and 2011, the number of autistic students enrolled in the public sector in Quebec doubled1. Individuals with autism have difficulty communicating and interacting socially. They also have behaviours, interests and habits that are rigid, restricted and repetitive in nature2,3.

Dig deep… into the intestines

It is relevant to talk about digestive health when discussing autism, since autistic children often have gastrointestinal problems such as abdominal pain, constipation and diarrhea4,5. In addition, recent studies show that people with autisme have an intestinal flora, also known as the microbiota, that is different form other individuals6. This suggests that the cause of autism can be traced in part to the two-way interaction between the brain and the intestine3.

Those with autism mus adapt their diet to account for their predisposition to lactose intolerance and other gastrointestinal whims. Considering the dietary restrictions typically associated with autism and the preferences that often occur at the table, it is interesting to meet nutritional needs with supplements, especially omega-3 fatty acids and probiotics1. Probiotic supplementation goes beyond simply correcting nutritional deficiencies, it would allow to modulate the valuable gut-brain axis and thus to offer a complementary treatment to autism5,7.

True or False? Researchers and health professionals have clearly identified the causes of autism.

False. The etiology of autism is not yet unanimous. Genetic and environmental causes are mentioned, the imbalance of the intestinal microbiota is a factor that has become more important in recent studies.

True or False? Individuals with autism are more prone to digestive problems.

True. The difficulty of going to the toilet and digesting (constipation and / or diarrhea, bloating and flatulence, gastric reflux, among other troublesome symptoms) is real and related to sensory and physiological problems 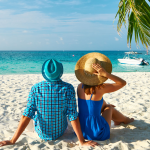 Next Story:
A clear picture of antibiotics and probiotics