A clear picture of antibiotics and probiotics

Antibiotherapy saves lives and extends many others … However, antiobiotics attack pathogenic and beneficial bacteria, not distinguishing between good and bad “soldiers” of the organism. In order to fully understand the situation, let us imagine that our intestinal flora is a bacterial garden where antibiotics are somewhat clumsy gardeners weeding both bad and good bacteria. Diarrhea is often an undesirable effect of this process. Such perturbation of the intestinal microbiota is also associated with an increased susceptibility to other diseases such as rheumatoid arthritis, pseudomembranous colitis, inflammatory bowel disease, type 1 diabetes and obesity1. Antibiotics are a double-edged therapeutic weapon.

Mixtures of probiotic strains that contain Lactobacillus rhamnosus are effective in preventing diarrhea when taking antibiotics2. The minimum dose recommended by Health Canada in this specific case is 1 billion bacteria per day3. A clinical trial tested Probaclac probiotics during antibiotherapy in more than 5,000 adult patients at the Santa Cabrini Hospital in Montreal demonstrated a reduction in the incidence of diarrhea by as much as 50% after 7 months of probiotic supplementation4. Probiotics can be taken without fear during antibiotic therapy, as long as they space their respective intake of 2 to 3 hours intervals.

Saccharomyces boulardii yeast is also known to reduce the risk of diarrhea in nosocomial diseases such as Escherichia coli and Clostridium difficile, more commonly known as E. coli and C. difficile2,5. It is the precious active ingredient in Probaclac Medic supplements6. For optimal treatment, Health Canada suggests a minimum dose of 10 billion active cells (or the equivalent of 2 capsules of 5 billion probiotics) per day3. This yeast is naturally resistant to antibiotics and has an important antimicrobial effect, which means it must be taken at the same time as the antibiotic7.

True or False? Taking antibiotics causes damage to the vaginal flora, in addition to destroying the good intestinal microbiota.

True. It may take up to 12 months to rebuild the intestinal and vaginal bacterial landscape after antibiotic therapy.

True or False? To compensate for the loss of good bacteria during antibiotic therapy, it is enough to take yogurt.

False. The probiotic content of yogurts is minimal. Also, many people do not tolerate lactose well during antibiotic treatment.

2  McFarland LV. Meta-Analysis of Probiotics for the Prevention of Antibiotic Associated Diarrhea and the Treatment of Clostridium difficile Disease. Am J Gastroenterol. 2006; 101: 812-822. 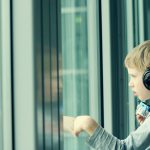 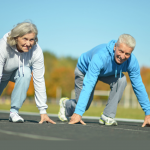