Health through the belly

“Happiness: a good bank account, a good cook and a good digestion.”

Our digestive tract is populated with a hundred trillion organisms, more than ten times the total number of cells in the body1. This is an overpopulation that favours its host … as long as it welcomes more good bacteria than bad. Things go wrong when there is a microbial imbalance in the system caused by changes in diet, antibiotic intake, infections and other disrupters to the intestinal flora. Unfortunately, age has an impact on the survival of the beneficial bifidobacteria in the colon: as time passes, they undergo a decrease2. Also, as people age, the intestines tend to become lazier and digestive disorders are more common3. It’s not funny to grow old!

Probiotics in all this?

Studies recognize the preventive effect of probiotics on diarrhea and constipation, particularly with the Lactobacillus rhamnosus and Bifidobacterium bifidum strains, as found in Probaclac 50 + 4. In addition, this same strain L. rhamnosus protects the integrity of the epithelial barrier (this precious intestinal mucosa), offering you an armour against inflammatory bowel diseases5. Moreover, the good bacteria contained in our probiotics and others help relieve the symptoms of an acute attack in people suffering from ulcerative colitis6. For the synergetic effect of probiotics and prebiotics, choose a supplement that contains both (like Probaclac) and see how to incorporate soluble fibre into your diet.

This is a whole list of advantages related to probiotics, to make sure that ripe old age rhymes with well-being. Rather than hanging in there and letting time pass, take control of your health!

4McFarland LV. Meta-Analysis of Probiotics for the Prevention of Antibiotic Associated Diarrhea and the Treatment of Clostridium difficile Disease. Am J Gastroenterol. 2006 ; 101 : 812-822.

Previous Story:
Gloomy end of life rather than happy? 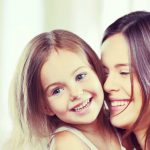 Next Story:
Bacterial colonization and dentition