Probiotics, the solution to obesity?

In Quebec, the prevalence of obesity has doubled in the last 25 years1. According to the most recent statistics, one in five people in the province has clinical obesity1. This global scourge – and the associated comorbidities (such as diabetes and heart disease) – negatively impacts the quality of life of the affected people and their loved ones2. As a result, it is imperative to understand the risk factors underlying the metabolic syndrome, for example diet, physical activity, sleep, and genetics2. We discover that our “metabolic” destiny is determined before birth and then when we enter the world; babies delivered by c-section are more likely to be obese than those delivered by natural birth3.

Obesity is a complex disorder, and it is now clear that the rudimentary explanation of the energy balance does not tell the whole story… Moreover, the intestinal microbiota plays an important role in the absorption, storage and expenditure of calories obtained in food4. On another note, animal studies have shown that the intestinal microbial flora is also involved in the regulation of food intake by impacting hormones which manage the metabolism and appetite. A dominant theory attempting to explain the obesity phenomenon is the idea of the influence of microbiota and inflammatory responses on weight management4. According to this explanation, a factor leading to obesity is the permeability of the intestinal barrier4.

The link between microbiota and obesity

In fact, obesity is characterized by an alteration of the intestinal microbiota with a larger population of Firmicutes bacteria than Bacteroidetes there is also an outbreak of pathogenic microorganisms in the stools of obese subjects2,5. Furthermore, laboratory tests have investigated microbiotic transplantation between obese and thin mice, and have revealed the transmissibility of obesity and the increased ability of some microbes to utilize energy from food5. Obesity would also be related to inflammation of the body. When the intestine becomes more permeable, due to an imbalance of the microbiota, it lets undesirable molecules such as lipopolysaccharides (LPS) go through, which induces insulin resistance and affects the lipid metabolism of the human host. Lastly, intestinal bacterial colonies would modulate the circadian rhythm of the body, which affects appetite and thus the maintenance of a healthy weight. We know that the disruption of the biological clock for example in night workers and people suffering from sleep apnea can lead to a myriad of metabolic disorders5.

Probiotics in all this!?

Obesity is a public health issue requiring multidimensional interventions such as dietary approach and probiotic supplementation7. Dysbiosis, an imbalance in the bacterial equilibrium, has been found in overweight individuals. Fecal transplant also called “stool transplant” of healthy weight people to those with a metabolic syndrome improved the insulin sensitivity of the latter. A number of Lactobacillus species have been identified as being favorable for reaching a healthy weight9. The Lactobacilli have a weight-protective mechanism, it could defend against exaggerated glycolysis in the body and also against oxidative stress7. Some strains of Bifidobacteria also appear to present benefits by normalizing blood glucose and reducing inflammation, possibly lowering body weight and body fat. Finally, the addition of fructo-oligosaccharides to probiotics (like in the Probaclac products) makes it possible to optimize microbiotic colonization and the production of beneficial metabolites via bacterial fermentation6.

Unsurprisingly, diet plays a central role in the composition of the microbiota. The inclusion of fiber in the diet brings several benefits. These include helping to produce short-chain fatty acids, maintaining epithelial integrity, secreting satiety hormones, and stimulating insulin sensitivity, among other desirable effects6. The complexity and specificity of obesity require a solution other than those offered to overweight people. The microbiota offers a glimmer of hope to cope with this pandemic. Further studies are needed on humans in the form of clinical research to better understand the precise impact of probiotics on metabolic health.

True or false? A greater intestinal permeability and the loss of epithelial integrity are pointed out in several pathologies, including inflammatory bowel diseases and obesity and the metabolic syndrome.

True. There is more and more talk of this causality in scientific articles.

True or false? Women are more likely to suffer from obesity.

False. Obesity is significantly higher in men. On the other hand, people in rural areas who live with food insecurity and have less education are more vulnerable to weight gain. 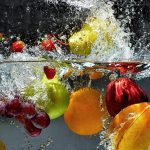 Next Story:
Spotlight on Prebiotics