With life experiences and the years passing, the body changes. The composition, diversity and function of the microbiota is altered over time. The decline of the immune system (called immununosenescence) as well as a chronic inflammation (inflammaging) are responsable of this situation1. The population is aging: in 2016, almost 40% of Canadians were over fifty2.

The bacterial profile varies from one person to another and even more so, when you take into account the person’s age. This means that a probiotic designed especially for children will not suit an elderly person. With age, the combination of probiotic bacteria changes. Over the years, there is a decline in the good Bifidobacteria that reside in the colon and protect it, in addition to having immunomodulatory properties in the elderly3. All people over the age of 50 should therefore consider taking a supplement that offers the missing strains to restore microbiotic balance.

Diarrhea in the Elderly

Diarrhea associated with antibiotics frequently occurs in elderly patients admitted to the hospital and within three months of taking these drugs4. Though unenviable and somewhat worrisome among more vulnerable seniors, diarrhea is fortunately not dangerous for their health. This is not the case with the Clostridium difficile infection, which causes 15 to 39% of diarrhea, and which burdens the health of the elderly and sometimes results in death4. Mixtures of probiotic strains with Lactobacillus rhamnosus and Bifidobacterium bifidum, as found in the Probaclac 50+ probiotic formula, are effective in preventing both diarrhea and constipation in this age group5,6.

True or False? Old age affects not only the amount of good bacteria present in the organism but also its composition.

It’s True. To illustrate this statement, the bifidobacteria transmitted from mother to child vaginally at birth and which represent 90% of the microbiota present in the colon of the newborn constitutes less than 5% of the microbiota in the elderly.

True or False? Probiotics are useful for controlling diarrhea in the elderly but are not beneficial to solve constipation problems in this population.

False. Many studies have demonstrated the effectiveness of probiotics in relieving constipation in seniors, especially if the supplements include the strain Bifidobacterium longum like Probaclac 50+.

5 McFarland LV. Meta-Analysis of Probiotics for the Prevention of Antibiotic Associated Diarrhea and the Treatment of Clostridium difficile Disease. Am J Gastroenterol. 2006; 101: 812-822. 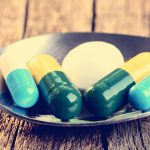 Previous Story:
A clear picture of antibiotics and probiotics 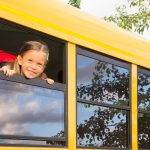 Next Story:
Be wise – back to school with Probiotics