Menopause is usually between the ages of 48 and 55, although it can vary greatly from one woman to another1. In Québec, the end of the female reproductive period is on average 51 years old2. The period from 2 to 7 years before menopause, punctuated by irregular periods and several hormonal symptoms, is called perimenopause3. During this transition into menopause, the ovaries do not fertilize more eggs and no longer produce fertility hormones (such as estrogen and progesterone), which explains the absence of menstrual periods. Menopausal women may have to overcome the following challenges: infections and other urinary disorders (such as incontinence), vaginal dryness, hot flashes, pain during intercourse, low sexual desire, bone loss, joint pain, weight gain, dark mood, aging and thinning of the skin, etc. These manifestations are mainly associated with the loss of estrogen4!

Transformation of the microbiota during this time

Age has definitely … and unfortunately … an impact on the survival of beneficial Bifidobacteria residing in the colon5. Then, with the significant changes in estrogen and progesterone levels, the vaginal bacterial ecosystem undergoes a transformation as well. The decline of the former hormone, especially, causes the loss of good bacteria in the vagina; it is mainly Lactobacilli that maintain the balance of the female flora. These bacteria help keep the genitourinary system slightly acidic (by producing lactic acid, as their name suggests) to help ward off infections. In a study of premenopausal and postmenopausal women, scientists found Lactobacillus species in only half of the menopausal women, and in much smaller amounts than in the non-menopausal women6.

Probiotics located in the female cavity can be supplemented, thus preventing pathogenic bacteria from accessing and surviving in the vaginal canal. Probiotics are proactive by competing for receptor sites and secreting toxins that harm pathogenic microorganisms7. Probaclac with Cranberry nourishes the female flora with human Lactobacillus strains and prevents urinary tract infections with its cranberry extract. Probaclac Vaginal also contains these valuable Lactobacilli and is inserted directly into the vagina to reduce the recurrence of bacterial vaginosis. Probiotics also help maintain the integrity of vaginal tissue by preventing inflammation of the vulva (by modulating the immune system).

Moreover, multi-strain probiotic supplementation at the dawn of menopause would help maintain bone density, according to researchers at Georgia University who studied mice with ovarian resection (replicating the estrogen-loss occurring in menopause)8. That’s not all! Probiotic therapy distributed over more than a year would significantly reduce blood cholesterol, an interesting effect for postmenopausal women at risk of cardiovascular disease9. On the other hand, some types of bacteria would have an impact on weight management, although more research needs to be done to clarify this. Also, it is noted that the administration of the Lactobacillus rhamnosus and Bifidobacterium longum strains (as found in probiotic Probaclac 50+) would reduce depressive symptoms10. Finally, taking good bacteria seems to reduce the oxidative stress of the skin and reduce its photosensitivity and reduce the appearance of wrinkles11.

True or false? The integration of fermented foods and beverages promotes the health of the gut microbiota and vaginal flora.

True! In Japan, less than 10% of women experience hot flashes compared to more than 50% of women in the United States. This disparity is attributed, in part, to the fact that Japanese women consume impressive quantities of fermented foods which contain probiotics.

True or false? Supplementation in postmenopausal women may be limited to probiotics, since no other "natural" product has been proven to relieve the symptoms of menopause.

False! Black cohosh, oil and seeds, and soy proteins and isoflavones are useful adjuncts to consider during this key passage during menopause3. 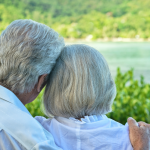